Yep. Raven and Robin used to be involved. They were together long enough to create the basic structure of the universe for the Amakai series, and to make a daughter together.

Raven originally wanted to reference songs for each of the chapter titles, but Robin was concerned about copyright. The Grasp of Time features a remnant of this desire in the first chapter, positioning The Ordinary World as a character’s perspective, for it’s the world that’s watching. It certainly has nothing to do with Duran Duran’s song of the same name.

Khraesch knows his name sounds like ‘crash’ to many English speakers … He doesn’t care. His lineage is one of the most respected of his kind, and the opinions of humans matter not at all.

Khraesch doesn’t think highly of most.  He’s antisocial. He also isn’t a fan of the English language. Though he’s fluent in it, he will mar the language for his own amusement. He much prefers Yiddish, and by necessity, he is fluent in Aelethe, since he must interact with aelves.

Khraesch’s name, in the early work, was different (Shrakt).  We changed it to avoid confusion with the popular green ogre who starred in several movies, which were released a couple of years after we began our story.

Piotr’s childhood home in Russia was governed by a Czar.

Aithne knows his name sounds Gaelic and French to modern ears, and he enjoys the blend.

Delilah’s parents met at a Christian Fundamentalist conference for young missionaries in Hong Kong. Though her father’s family had converted three generations prior thanks to missionaries in Guangdong, her mother, from the Nigata prefecture in Japan, had converted against her family’s wishes, and went to join the missionary movement that sought to preserve Protestant traditions in the face of magical abhorrence. While they attempted to comfort themselves that their daughter could one day be saved from her lesbianism, they could not reconcile themselves to her infected state, once it was known. 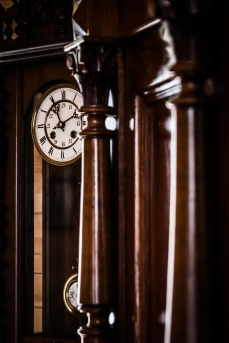 There are no row houses in the U-District.

Aelves love playing with languages, especially that of the humans. It’s usually a form of mockery, rather than flattery, as there is a general disdain for humans as invaders. However, some aelves find beauty in certain human words, and will sometimes even adapt their names to utilize the human words they appreciate. House Silver Light (English translation), for instance, often is known as Argent’claire, which combines two French words. These chosen names rarely follow the grammar rules of the languages from which they’re borrowed. Another example is House Grenolly, which combines the English words “green” and “holly,” though among the aelves still is spoken of in its original Aelethe, and not a bastardized human tongue.

The majority of the series has been mapped out prior to the publication for the first book. Almost twenty years of world-building has led to a plan of seven to eight books in the Amakai series’ main story arc (Eila’s story, and that of the return of the Am’Kaila), one-offs for side characters like Riley, Kenta, Avery, and Almonde, and a sequel series separate from Eila’s adventures. Oh yes, and a cookbook. At this point, Raven and Robin are merely racing for time, to ensure they’re all written and published before they perish.

Aithne’s penthouse was designed by a young, Japanese interior designer who soon became the premiere in her field. By the end of the 21st century, her designs will be sought after by the most famous and wealthy in the Prime. The apartment’s enchantment, however, was provided by another source, allowing it to move to any door to which it’s linked, and remain there so long as one of the inhabitants is in residence at all times.

Yes, Ellese is a conlang (constructed language) based off of Aelethe. If you’re not familiar with Aelethe yet, then read The Grasp of Time.

There are many tapestries and textiles hanging on the walls in the House of Forgotten Shadows. The one that holds Piotr’s attention was captured from Anglo-Saxon England prior to the Norman Invasion.

Everything in the universe is ordered around the Fibonacci Sequence.

The Amakai series by Raven J. Demers and Robin Wood follows Eila Corbin’s journey through time and around the world. Science fiction meets fantasy in this modern, new-adult epic.